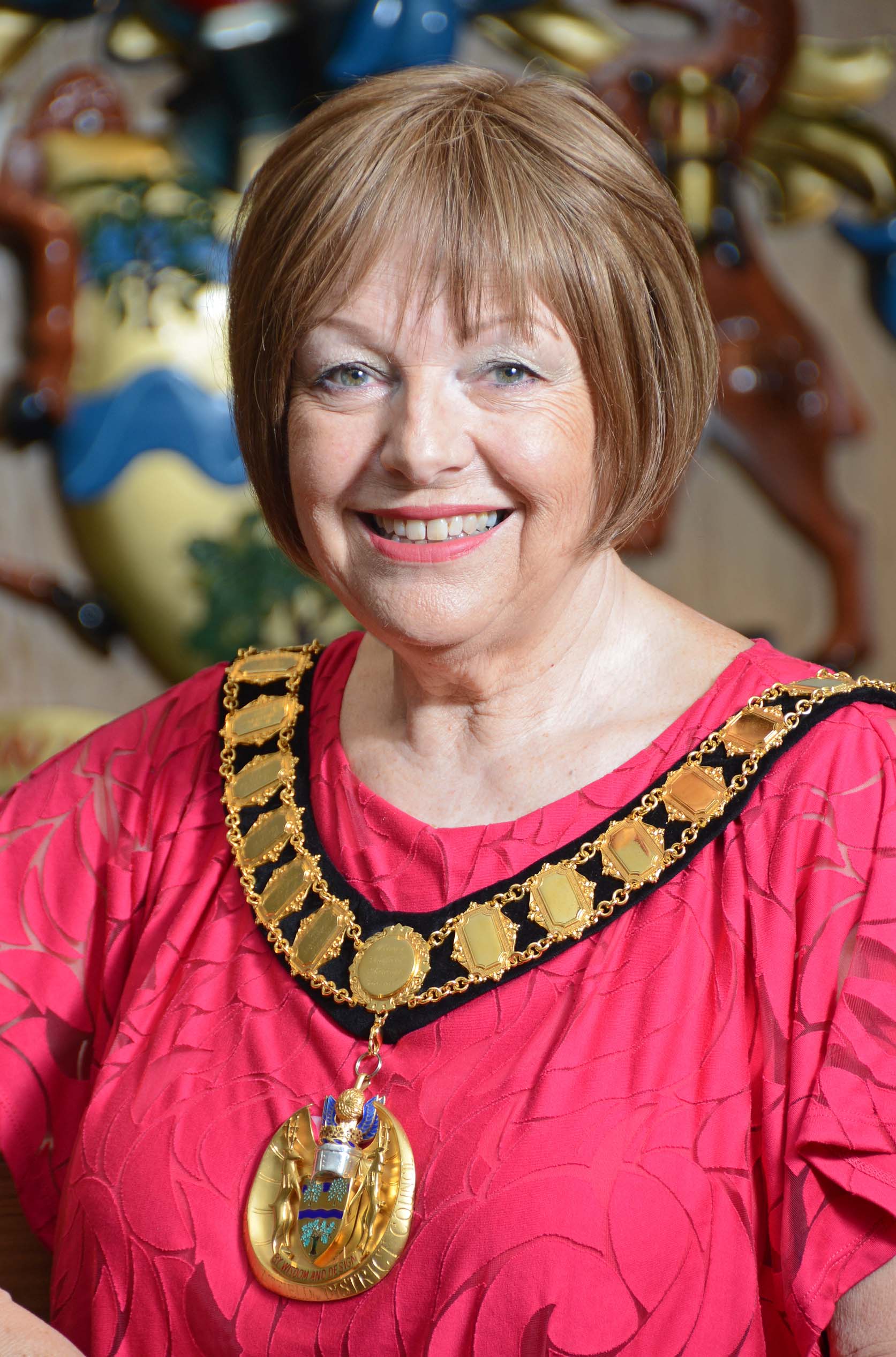 Councillor Barbara Fitzsimon is the Mayor of Welwyn Hatfield Borough Council for the municipal year 2022 – 2023.

Barbara is married with two adult children and has lived in Hertfordshire since 1976, and Welwyn Garden City since 2004.

Working for Hertfordshire County Council Social Services/ Adult Care for 26 years, Barbara spent three years as an administrator in the Home Care Office, thirteen years as a Home Care Manager, then ten years as a Quality Monitoring Officer.  This involved monitoring home care agencies by visiting the service users in their own homes, a job covering the whole of Hertfordshire.

Following her retirement, Barbara joined local action groups to assist our MP Grant Shapps and became Deputy Chairman for Membership on the Conservative Association Management for four years between 2012 – 2016.

Barbara has been a Councillor for Haldens Ward for six years and was Mayor of Welwyn Hatfield Borough Council for the municipal year 2018 – 2019.  She is delighted to be invited to become Mayor again, and is looking forward to attending various events in the Borough and meeting many more of the residents who do so much within our community.

The role has both a symbolic and practical importance:

Within the borough the Mayor takes precedence over everyone apart from a member of the Royal Family or the Lord Lieutenant of Hertfordshire.

The Mayor should be non-political and must be seen to represent every section of the community regardless of political persuasion.

The role of the Mayor is to reflect the aims and strategies of the council. During most engagements the Mayor will wear the Chain and Badge of Office.

Invite the Mayor to an event

The Mayor welcomes invitations to attend events in Welwyn Hatfield, and will attend as many as possible. Phone 01707 357 419 before booking to check availability. If the Mayor is unable to attend the Deputy Mayor may be asked to attend.

request the Mayor's attendance at an event or engagement